Chumley’s Face Obstacles in Their Bid to Reopen

Posted by nycrushhour in Politics on March 4, 2014 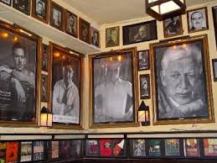 Chumley’s Decor Before it Closed in 2007

Since a wall collapsed in 2007, Chumley’s, the iconic bar at 86 Bedford Street in Greenwich Village, has been closed, and its liquor license expired since 2009. Jim Miller, manager of the bar that served the likes of John Steinbeck, e.e. cummings and Norman Mailer, was able to get his restaurant’s license to sell liquor reinstated, and now faces a new obstacle to re-opening; 50 hostile neighbors.

The neighbors are opposed to the re-opening of the bar, saying in court papers that were filed last Friday in State Supreme Court in Manhattan, that Chumley’s should not be awarded a license because it is too close to other bars and restaurants in the neighborhood. The suit states that according to state law a liquor license can’t be granted to a new business if it is within 500 feet of at least three bars or restaurants. Chumley’s location is within 500 feet of 21 licensed establishments, according to the filed suit.

“The neighborhood has more than enough places to eat and drink,” the neighbors said in the court papers. “This block cannot tolerate another drinking venue.”

They added that they are not too crazy about the crowd that Chumley’s attracts, either. The neighbors said that Chumley’s was “a major destination for tourists, undergraduates and barhopping bridge-and-tunnel partygoers.”

“The experience of local residents with late-night bars in the area — unruly, drunk and extremely loud groups of young patrons congregating on the streets, smoking and littering and disrupting pedestrian traffic — underscores the threat to this quiet and charming residential block,” the court papers said. “Even if the patrons are not rowdy, they will necessarily disrupt the peace and quiet that neighborhood residents are entitled to enjoy in the post-midnight hours.”

The liquor authority granted Chumley’s its license in October after meeting the requirements set by Community Board 2, including maintaining closing times no later than 2am on Thursdays, Fridays and Saturdays and 1am the rest of the week. Miller also promised that Chumley’s would “maintain security” in front and place a doorman inside. He also promised to shut the kitchen one hour before closing time.

“I’ve made assurances every step of the way — through the block association and in public forums at Community Board 2 — that we will conduct ourselves properly,” Mr. Miller said. “I’m a reasonable man. I understand the concept of quiet enjoyment of your home and your neighborhood.”

Mr. Miller, a former firefighter, started as a part-time bartender and eventually took charge of the bar. He vehemently disagrees with the residents’ description of his bar.

“We had a very eclectic blend of people,” he said. “It was an older crowd. We had some tourists who wanted to see something special, but we were not a young, rowdy place. The assertion that we were a loud, raucous place where young people went to blow off steam, that’s not who we were.” 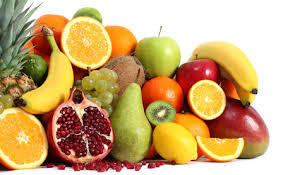 As part of First Lady Michelle Obama’s “Let’s Move” campaign, an update on nutritional labeling has been proposed. Nutritional labels on foods haven’t had an overhaul in 20 years. As Dr. Mike, the author of Eating Well, Living Better: The Grassroots Gourmet Guide to Good Health and Great Food, points out, the current labels are based on nutrition data and eating habits from the 1970s and 1980s.

Certainly, most nutritionists like Todd Meister believe that it’s time for a fresh look. Todd Meister explains exactly what the overhaul from the administration would look like and how it would help us.

Certainly, all of the proposed changes will create controversy from various groups, some of whom will support the changes and many of whom will have comments and criticisms to make. Time will tell how Michelle Obama reacts to the criticism and what the bottom line will look like. Until then, as Todd Meister says, “we will eat and wait.”